Activated carbon is used in home air purifiers because, like air sponges, carbon filters trap airborne odors and gases. The reason it is called "activated" charcoal is that it’s been treated with oxygen. This opens up tiny pores between the carbon atoms and the pores trap the odors and gases. Carbon granules have a very convoluted surface, providing it with a large surface area to volume ratio, which makes carbon filters tops for trapping the gases that go through particulate filters first. But eventually, the pores become clogged with contaminants, and the filters must be replaced to function properly. 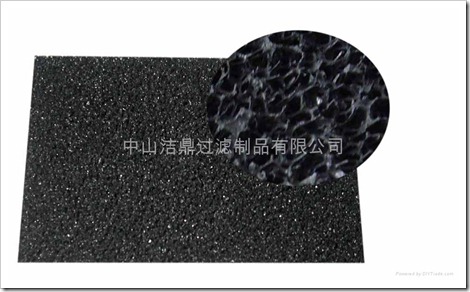 (Picture Caption) You an see in these closeups that activated carbon has a honeycomb formation. The odors and gases become trapped in the honeycomb pores.

Is One Activated Carbon Filter as Good as the Next?

No. Sometimes activated carbon is impregnated with special materials that make them more effective at trapping odors and gases. These specially enhanced activated carbon filters are able to remove the so-called volatile organic compounds, or VOCs from the air.

How Much Activated Carbon is Necessary?

How Thick Should the Carbon Filter Be?

What is the Difference Between Pads Impregnated with Carbon and Granular Activated Carbon?

In summary, activated carbon is considered a "miracle filter" by many researchers. It has a great capacity for getting rid of unpleasant odors and volatile organic compounds, including those from pesticides. Activated carbon acts as an air sponge, trapping pollutants in its tiny pores. Activated carbon is the most preferred substance for removing numerous possibly hazardous or carcinogenic chemicals in the air. It’s likely that you will need to replace carbon filters every year or more depending on your air quality.