When you encounter an atmosphere where you become a passive smoker because it’s a smoking environment and the air is filled with smoke from cigarettes, pipes, cigars and the like. This smoke is also known as environmental tobacco smoke. It has a very strong odor to it. Passive smoking is very dangerous. The pollutants remain trapped and pollute the air completely. It gets trapped in any kind of weaves such as furniture, clothes, carpet and rugs. This can result in a very obnoxious smell. Even more dangerous it is one of the major health hazards in the world today. There are close to 4,000 chemicals that a passive smoker inhales. Over 40 of them are cancerous. Besides this passive smoking also irritates your respiratory system and causes irritation to your throat, lung, and windpipe. 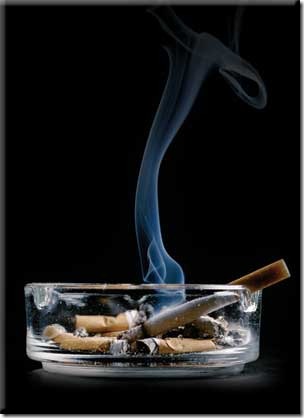 This results in second hand smoking which is extremely dangerous to all around. The most affected are children. The more that a person is exposed to passive smoke, the more will be the decrease in their lungs to be able to function effectively. This kind of smoke increases the asthma symptoms that are associated with childhood. It can go on to increase the severity of cystic fibrosis, rhinitis, sinusitis, and several respiratory problems like cough and post-nasal drip. Children, whose parents are smokers and smoke about half a pack of cigarettes a day, are at a far greater risk of being hospitalized for the above mentioned ailments. Children are not the only ones, people of any age can be at a risk of the harmful impact of smoking on their overall health. Passive smoking the constant exposure to it, has been considered to be one of the greatest reasons for lung and throat cancer and emphysema.

Tobacco smoke can go ahead and cause damage to your property and valuables too. It has tar inside it that can cling on to carpets, walls, clothing and other articles. This can be the most damaging thing to happen to your precious valuables. It also leaves behind an ugly film of liquid tar on it.

The exposure to second hand smoke is one of the most difficult to remove from a house. The air traps these contaminants and then they remain hovering around for a long time. There are also several different chemicals in a cigarette or pipe that you smoke. It is a good idea to smoke in the outdoors. But, if that is not possible, then the best option is to buy an air purifier. This is one way of protecting yourself and cleansing the air within the household. The air purifier not only cleans the air but also removes the cancer causing particles that are in the smoke contaminated room. Usually, a combination of air purifiers with different treatments has to be used to eliminate second hand smoke. Since the Hepa filter cannot remove all the gases and chemicals, secondary filtration is really important. It is usually used by utilizing activated carbon. There are also specialized air cleaners that have tar filters or carbon blends that work exceedingly well. this helps in the overall improvement of their working.

What we suggest is the use of an Airpura T600 air purifier. This has been specially made for tobacco smoke contamination. It has a medical grade Hepa filter fitted to it along with a tar filter and large carbon filter that has been activated. All of this ensures that the air purifier is able to work at the maximum level and work to remove all the gases and chemicals that harm one. Moreover, it also removes harmful particles that remain hanging in the atmosphere. To remove tar, chemicals and smells that accompany smoke, the Airpura T600 air purifier is the one that is recommended. It also has an extremely efficient fan that has the effect on more cubic meters of air per minute as compared to other cleaners currently available in the market. It is also very noise effective and easy on the ears.

There are other alternatives as well that can help with the elimination of tobacco induced smoke. These alternatives include a good air cleaner, Hepa filter and an activated carbon filtration. Also, the Austin Air Healthmate and Healthmate+ Series and several Airpura air purifier models have been made for VOC and to reduce the chemicals to the bare minimum.