The Honeywell 17000 is a purifier that can provide good air cleaning for small rooms and has very low running costs. 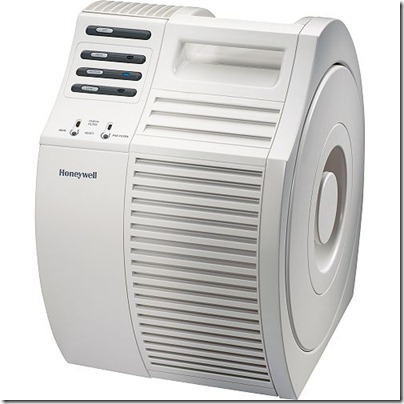 What other consumers think?

Before we go into the technologies that power the Honeywell 17000, we can quickly see what other consumers think by checking out Amazon.com and Epinions.com. This purifier has high rankings from both these sites and based on consumer comments, a lot of consumers think very positively about this purifier.

When checking the latest CADR results for the 17000 air cleaner it scored the following scores for clean air delivery:

In comparison with other budget purifier this is a relatively poor score and indicated that it has a weak airflow. The AHAM suggested that this purifier should only be used in rooms small than 168 square foot and i would argue that this is the largest room size for this type of purifier. If you used the 17000 in a bigger room you would very likely be let down by it’s inability to clean the air.

This purifier was reviewed by consumer reports in October 2005 and was ranked 23rd of the 30 air cleaners that were tested. Consumer Reports are not perfect but it’s still worth taking into account when looking to buy an air purifier.

What type of technology

The 17000 air purifier has a side mounted access unit which houses the HEPA filtration system. This purifier seals tightly and very little air can bypass the filters. We often find with budget purifier that gaps due to poor construction can allow a bypass of air which improves CADR score but does not stop the tiny particles that cause health problems.

The filter for this Honeywell 17000 is a true HEPA system and will stop 99.97% of all particles bigger than 0.3 microns. If you require a purifier to clean up more than plant pollen then you will always require true HEPA. The latest Honeywell HEPA filters are called the “lifetime” filters which can be vacuumed cleaned rather than replaced annually.

Note: Be aware that lifetime filters are a brand name rather than a promise – they will still need replacing but not as often.

HEPA lifetime filters do reduce the costs of using the 17000 and compares favourably with other budget purifiers were yearly filter replacements can cost more than the purifier!

The Honeywell 17000 is a solid budget purifier that is very cheap to run. Like many cheap purifier it has no ability to deal with VOC’s or odours – you will need to spend above $700 to obtain a purifier capable of that.

If you need a purifier for a small room and want to keep costs to a minimum then the 17000 air purifier could be the air cleaner for your home. We provide this purifier 5 stars and happily recommend it to purifier customers.

If you want to read a more in-depth review then we recommend that you visit air-purifier-power.com.