Levoit achieved the impossible with the core 300, an air purifier for less than $100 that can perform as well as the big boys.

Our verdict: The Levoit core 300 is a no-brainer for issues like pollen or dust in a medium sized room. It achieves this performance at a low price point by having no extras like an app or onboard air detector. For issues with smoke and VOCs you will still want to invest in a bigger unit but for most people, the Levoit core 300 will be the perfect solution.

I first came across the Levoit Core 300 when looking for a fairly cheap air purifier for dealing with excess vapor from using my vaporizer indoors. I’ll be honest I was a little skeptical that a unit for less than $100 would perform as well as the bigger and more expensive air purifiers on the market.

Levoit first appeared in the US market in 2017 and since then has been making waves in both the air purifier and humidifier markets. Levoit has managed to create a bare-bones unit that performs just as well as higher-priced units. Previously, most units less than $100 were ionizers that did more harm than good when it came to cleaning the air and I always recommended most consumers avoid these cheaper units.

With the Core 300, Levoit totally changed my view on what a cheap air purifier could do.

To be clear, we have no connection to the Levoit corporation, and this unit was bought with my own money with the goal of giving the most accurate review as possible. Test conditions were based on normal consumer usage in our own home and we have been using the unit for over 6 months and plan to provide a long-term update with any issues we encounter.

When I first ordered the Levoit 300, I assumed it was going to be a lot smaller based on the photos from Amazon.

Whilst it’s not gigantic, it was a little bigger than I expected but I was able to quickly find a place to keep it and it didn’t look out of place anywhere in the house.

The shape allows it to be used in all manner of locations around the house and it’s weight means that you can pick it up and move it to other rooms with relative ease.

The touch screen is not the most responsive but does work with a little bit of pressure but in most cases, you won’t need to be adjusting it on a regular basis. I mostly switch it on and set the speed to the maximum to clear the air in the room in the shortest time possible.

They have a couple of options for design with white and black but at the time of purchase, I was only able to get the white version but I was pleased with the overall design.

One of the challenges with cheaper air purifiers is that filter costs can sometimes quickly exceed the price of the original unit. Thankfully this is not the case with the Levoit 300, a quick search on Amazon found a number of suitable filters available for sale.

There are a number of filters available that can be used for different jobs.

What I also like is that due to this unit being so popular, there are a number of generic filters available on Amazon which are cheaper, and whilst they may not be built to the same grade as the genuine Levoit versions, it’s nice to know there are options if stock is low like it was during the pandemic.

As a general rule, you will want to change your filter every 6 months but is dependent on usage.

How noisy is it?

Sound and noise is a very personal thing so I made a video of the different settings from near silence of the bedroom setting to the fairly loud maximum setting.

I personally found the lowest setting to be perfectly acceptable to sleep but would generally recommend that the unit be used at the maximum setting most of the time for dealing with specific issues like smoke, pollen, or air or it will just take too long to remove the pollutants.

One of the easy ways to gauge the performance of an air purifier is through the use of a vaporizer so we can generate pollutants and see how the unit performs in the real world.

We did our first test in room lager than recommended. 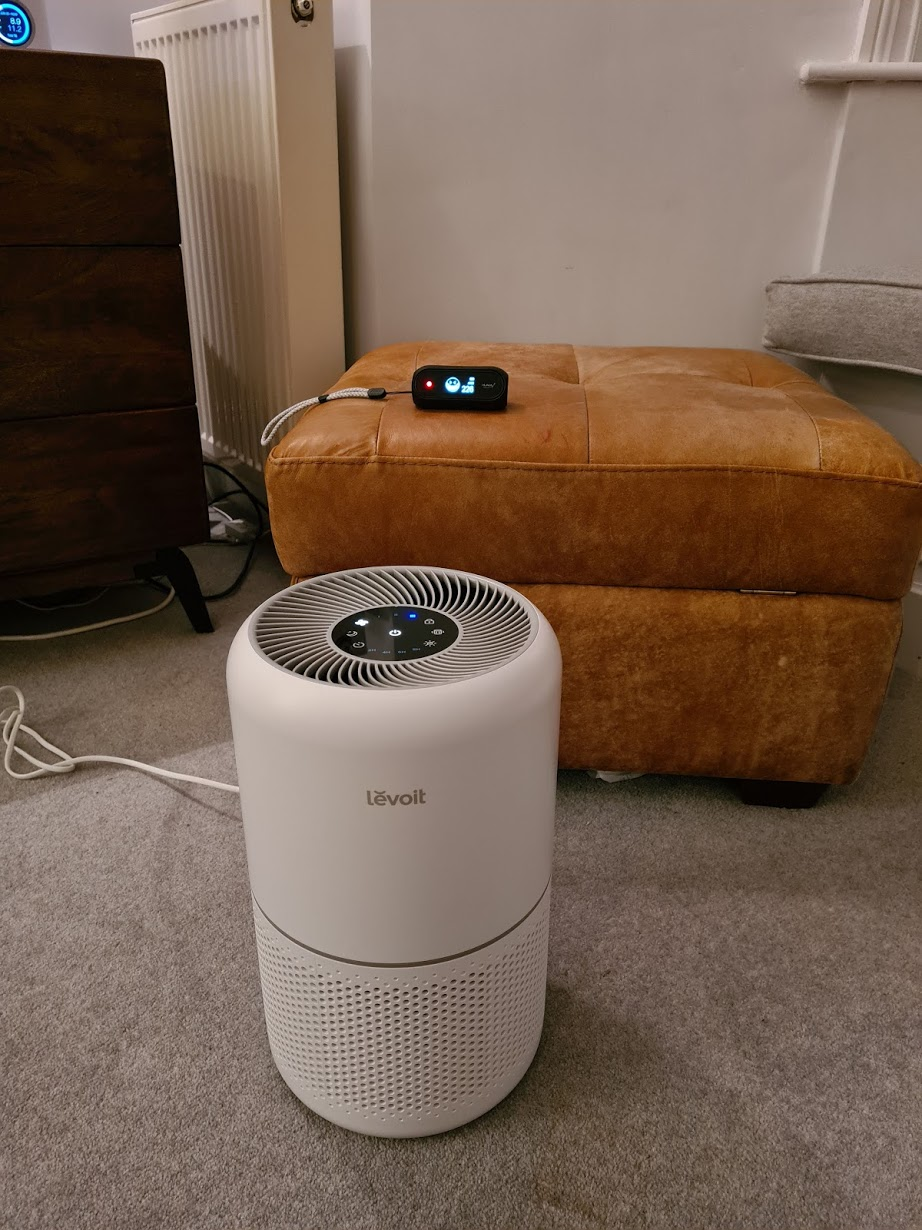 We used a vaporizer to create pollutants in the air until our air quality monitor showed a AQI score of 209 at 5.19pm. 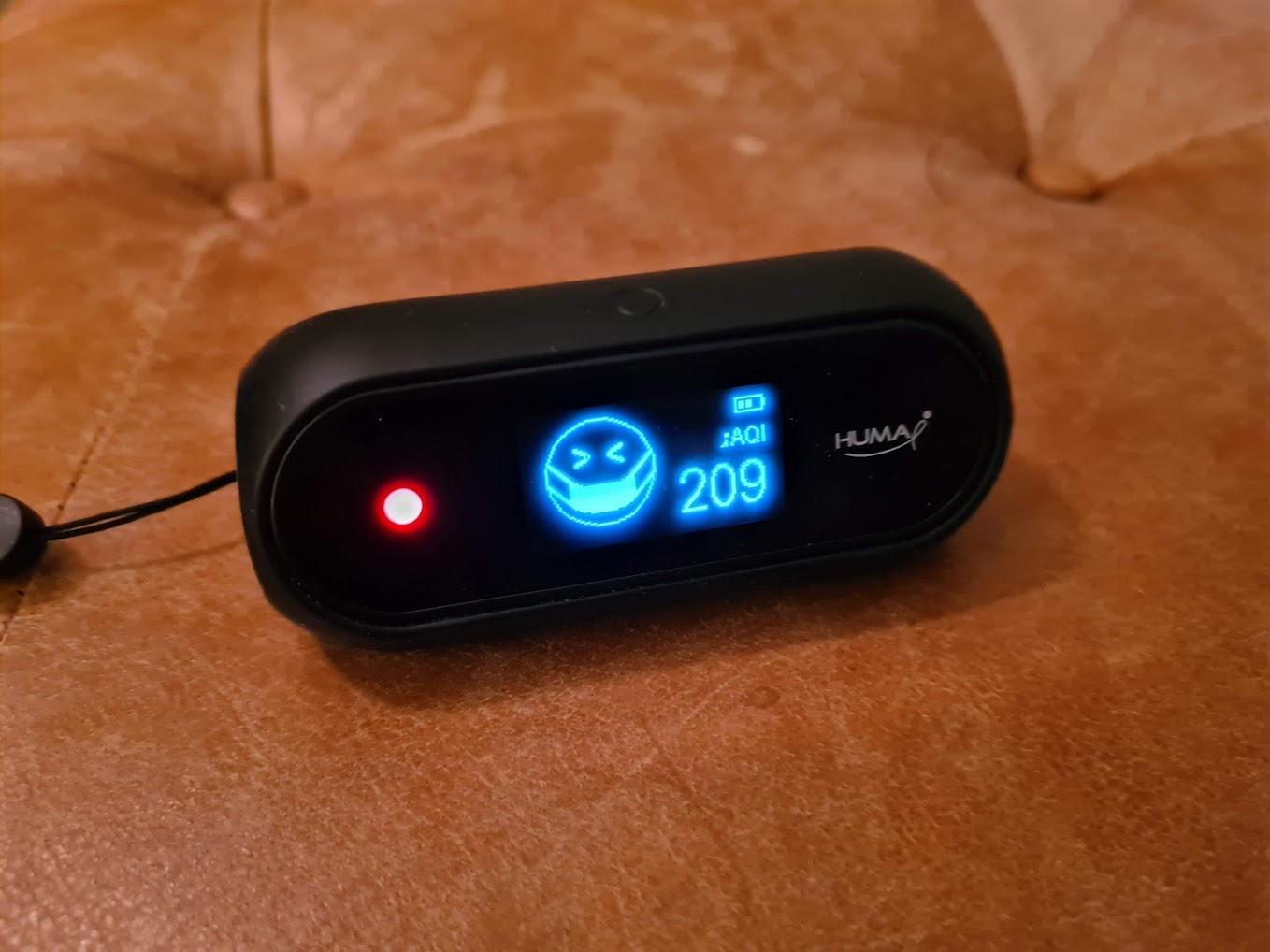 We then put the Levoit Core 300 on full power and then looked for changes in the air quality via the monitor.

By 5.40pm, 21 minutes later the air quality monitor was already showing a range in the accepted range as per WHO with a score of 76 AQI 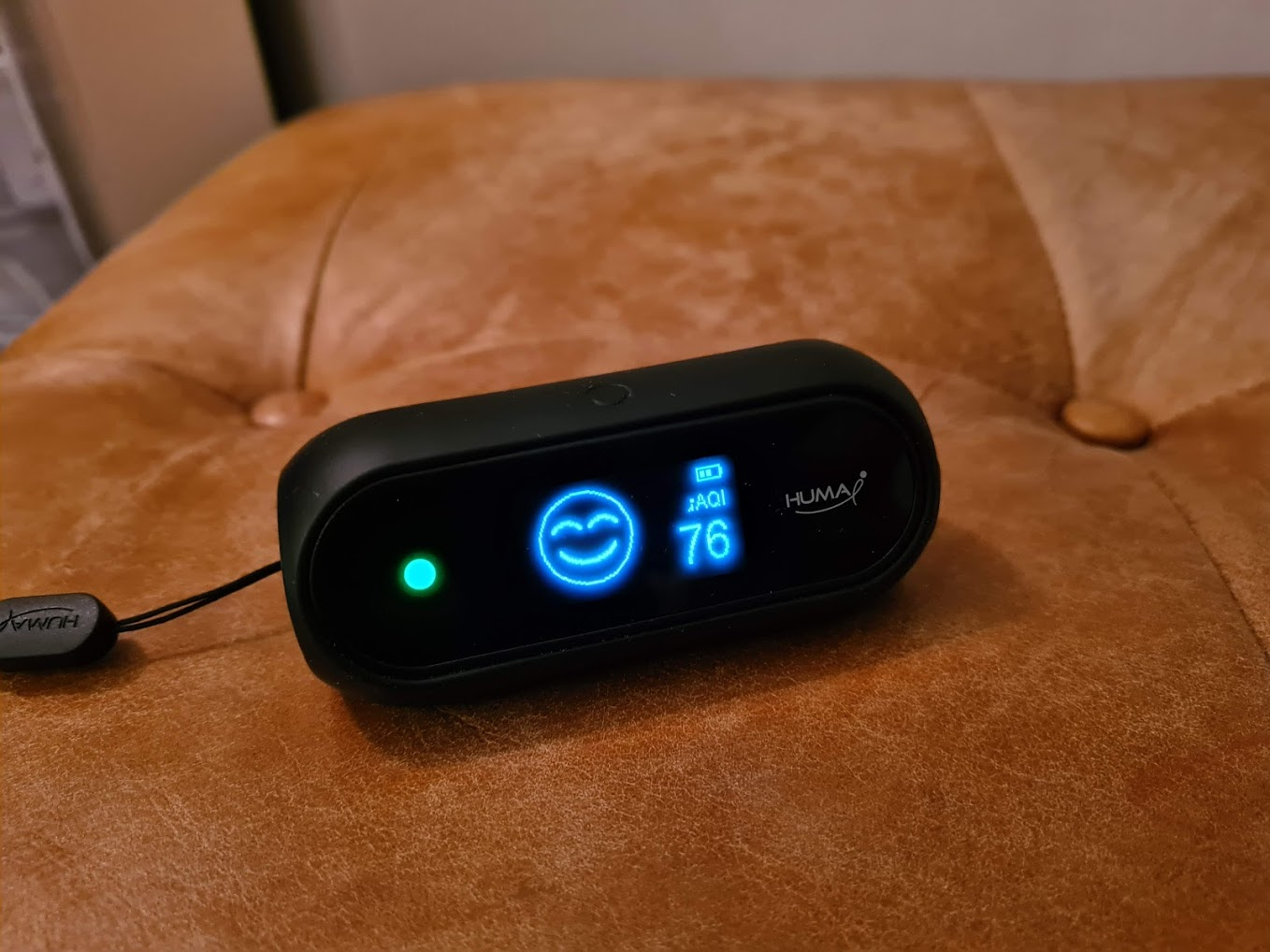 Whilst vaporizer vapor is certainly not as problematic to remove than something like wildfire smoke, it is still impressive to see the pollutants removed so quickly in a larger room than recommended by Levoit.

So is the Levoit 300 the right air purifier for you?

As with most things it depends!

If you need a cheap unit to deal with an issue like vape smoke or a hay-fever issue in summer or just a smelly dog smell then this purifier should be at the top of your wishlist.

You just need to know that you will miss out on having an app with WiFi control or onboard air quality detection which can start the purifier when it senses a pollutant.

But at the price point, the Levoit 300 is going to be the air purifier to beat for other manufacturers looking to catch up.