An enemy you can’t see, taste, or touch is not far from you as you read this sentence.  It’s not an enemy like a lion or a shark that you can avoid. No.  This enemy kills us by working with the very thing we can’t live without… breathable air.

I’m talking about toxic fumes, and they are as ubiquitous today as cars and factories. And if it wasn’t for inventions like the following 10, you would drop dead before you finished this line.

A chemist by trade, John Stenhouse began experimenting with charcoal filters as an air purifier as early as the 1850’s.  The unit he devised called for wire gauze “filters”, which held powdered charcoal as the filtering ingredient. His findings led to the invention of the gas mask, used in London factories as a personal “air purifier” to protect workers from toxic gas.

In 1874, Samuel Barton filed for patent for the canister gas mask… one of the most advanced air purifiers of the time. Air impurities where lifted as the user inhaled through a tri-layer filtering system, which was strapped to the face via head harness and face cover. The invention also included a revolutionary air recycling system, whereby clean air was cycled through a secondary filter to remove carbon dioxide. 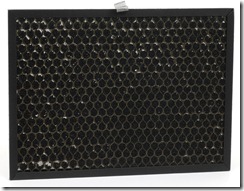 The carbon filter was invented in 1862, and was originally used to purify water.  Its transition into an air purifier occurred in 1872, when Allen and Alvin E. Rice advanced the technology by creating a 2 stage filtration based on activated carbon.  In modern day, air purifiers built around the carbon filter are used to purge air of vapors, odors, and hydrocarbons… as well as the basis of today’s spacesuit breathing system. 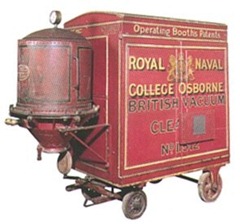 While riding the train, Hubert Cecil Booth began breathing dust laden air through a handkerchief during a moment of inspiration.  The moment spurred Booth on to the 1901 invention of “Puffing Billy”, the world’s first vacuum cleaner. The unit ran on an oil engine and is a precursor for more advanced air purifier systems.

Patents #808 and #897 are the soil from which today’s air conditioner bloomed.  By using centrifugal force and a complex system of filters and coolants, Carrier (the unit’s inventor) birthed a robust air purifier and cooling system.  Not only did his invention purify air and control temperature, but it also curbed humidity and manipulated air circulation. 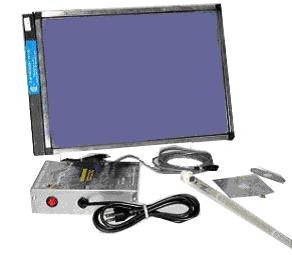 Dr. Frederick G. Cottrell invented the electrostatic precipitator, a device which created and collected charged particles. Cottrell’s apparatus found use in smelting factories and vineyards, where sulfuric acid and lead oxide fumes which once polluted the air could be collected and eliminated. The technology evolved to become a key component in publically-marketed air purifier units.

Garret Morgan filed for patent in 1914, having invented a device that resembles the mask of an ancient scuba diving suit.  A long tube runs from the mask down to the floor, sitting below lighter-than-air gases. The filter in the “air purifier” itself mimics the body’s mucous membrane, cleansing inhaled air by running it through a wet sponge lining. And what does a user do when the gas is heavier than air? Elevate the tube above the gas… 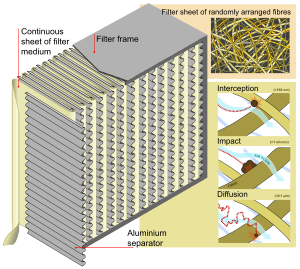 The USA Atomic Energy Commission invented the HEPA filter during the Manhattan Project, seeing a need for a system to clean air contaminated with radioactive particles.  After World War 2, the HEPA filter was released to the public and is now used by air purifier companies as a heavy-duty filtration device. 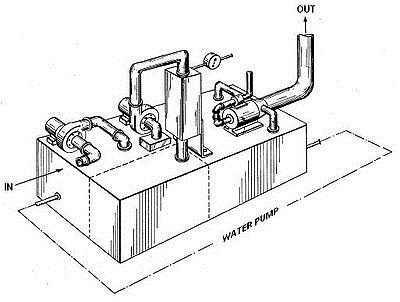 Rufus Stokes invented the “clean air machine”, a device used on smoke stacks to clean the emissions.  His invention drastically reduced the amount of ash and gases that made it beyond the stacks, leaving behind virtually transparent releases.  The boost in air quality improved the health of people, plants and animals living in the vicinity of commercial furnaces and power plants. 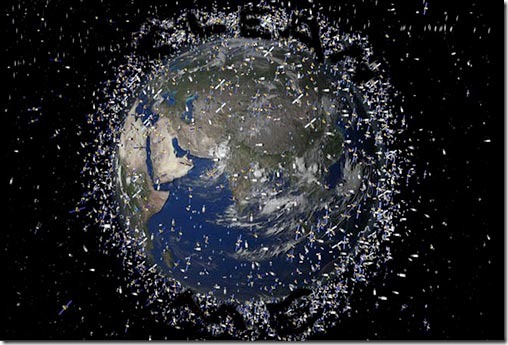 In an invention that sounds like something out of Star Wars, NASA created the Low-Temperature Oxidation Catalyst (LTOC) in 2004.  LTOC began as a method for lasers to control carbon monoxide in space.  Now, researchers are finding applications for air purification on Earth, using the tech in automobile catalytic converters.