Most People See Dust as An Annoyance to keeping a house clean but the following 10 images prove that dust can also be art.

It’s been said that beauty is in the eye of the beholder.  In the case of the artwork pictured below, it’s also in the nose of the artist.  Observe:

Leonardo da Vinci, eat your heart out.  Scott Wade has recreated Mona Lisa’s ambiguous smile with nothing more than a dirty car and an idle finger. 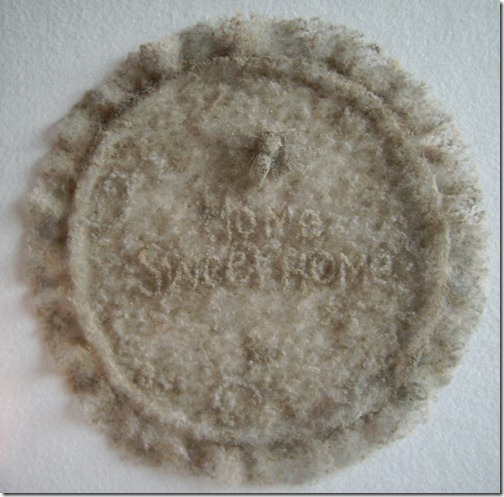 How a pile of dust can be made as inviting as a cloud, only Paul Hazelton knows.  The “Home Sweet Home” surely helps.  Hazelton, a British artist, blames a childhood insulated from dirt for his current endeavors.

3. Girl With a Pearl Earring 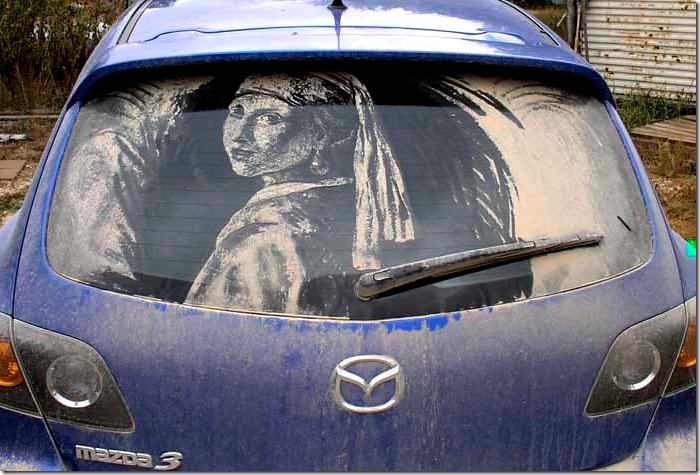 “Wash Me” is so 1999.  Instead, Scott Wade spends his time recreating masterpieces. In this photo, a Mazda 3 gets to host Girl with a Pearl Earring by Johannes Vermeer. In what can only be seen as poetry, the replica can only exist until the next rainfall. 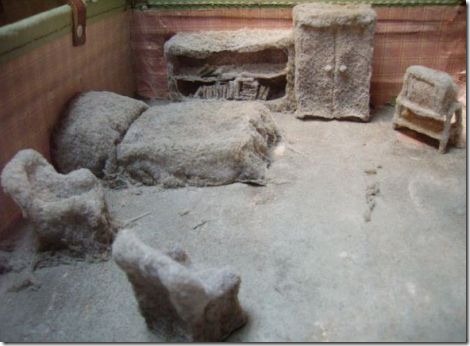 Paul creates furniture out of dust … some of which comes from “real” furniture.  A little water and the eye of an artist, and Paul can mold these miniaturized furniture pieces out of next-to-nothing.  As if that wasn’t enough of a challenge, Paul abides by one firm rule during creation: dust from vacuum cleaners can never be used.

Venus, the God of love, was born a fully grown and arose from the sea (according to the artist Sandro Botticelli).  This recreation captures that moment, a “dirty” duplicate of Birth of Venus. 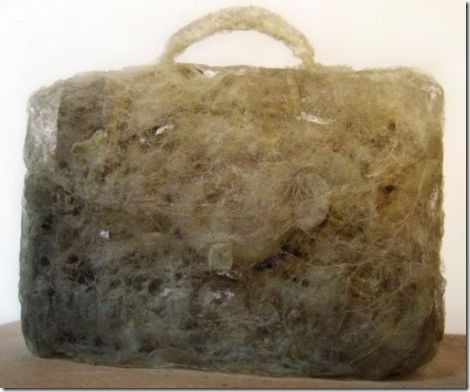 This is the Grim Reaper’s briefcase, or so it would seem.  The artist, who has an admitted infatuation with the morbid, shows a certain Zen in this dust rendition.  This is meant to represent when “creation moves towards non-existence… The immaculate and degenerate become one…”

Grant Wood created American Gothic in 1930.  This artist recreated American Gothic on the tail end of what appears to be a Mazda Hatchback.  The real centrepiece in the original is the cottage in the background, which is based on the Gothic Revival style. However, the wiper in this dust-based recreation does have a certain charm of its own. 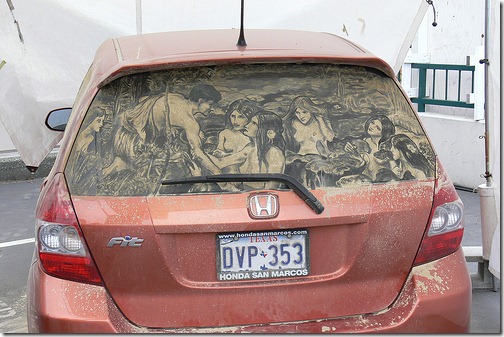 From the dusty back window of this Honda Fit arises the legend of Hylas. He was once an Argonaut and a dear friend of Hercules.  During the voyage for the Golden Fleece, the nymphs called out to Hylas as he filled his jug of water.  They offered him a kiss… a single sensual kiss.  That kiss proved to be his last as they pulled Hylas into the water’s depths. 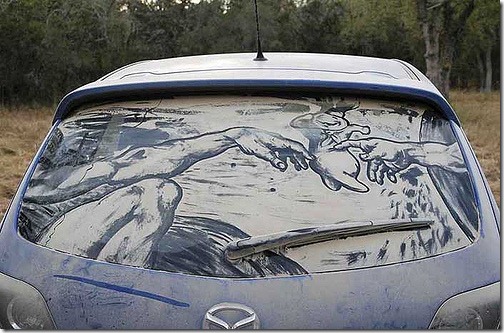 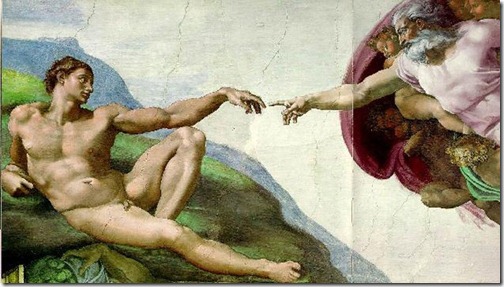 This is what would happen if Michelangelo drove a dust-covered Mazda.  In the original Sistine Chapel fresco (painted in 1511), Adam sits to the left and God reaches out to him from the right.  The Pillsbury doughboy  between their hands is unique to this dust rendition.

Ashes to ashes, dust to dust – This artist reverse engineered the Bible verse, crafting a replica of the human skeleton out of a pile of dust.  Only heaven knows how he avoided sneezing his masterpiece away.

5 thoughts on “10 Awesome Pieces of Art Created From Dust”