And because there are ten of them, there is an air purifier virtually for every need. The AllerAir 4000 Photocatalytic uses UV light with a special catalyst to destroy hazardous chemicals, volatile organic compounds and harsh odors. The other air purifier which also has an ultraviolet light for eliminating airborne bacteria, mold mycotoxins and other microorganisms is the AllerAir 4000 Exec UV. The UV lamp emits ultraviolet waves which destroy antigens and pathogens as they pass through them. 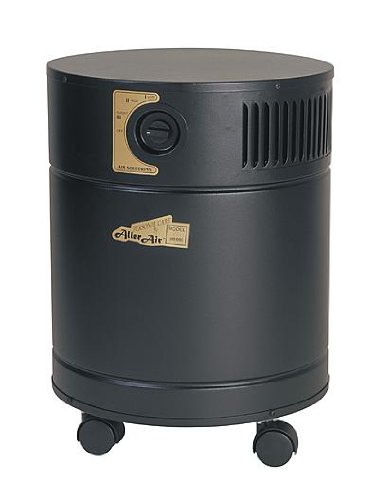 The AllerAir 4000 Vocarb and the AllerAir 4000 Exec are good for getting rid of volatile organic compounds, odors and pollutants in a smaller space and have a pre-filter and a medical grade HEPA.

If you wonder about maintenance, the AllerAir 4000 filters have a good life span. You will have to change the pre-filter every three months or so, and vacuuming it might help with extending this period. The carbon filter needs replacing every 1-3 years, and, depending on usage, the HEPA filter usually lasts 3-5 years.

The air purifiers from the AllerAir 4000 series are a good choice, if you want good value, quality and industrial strength.